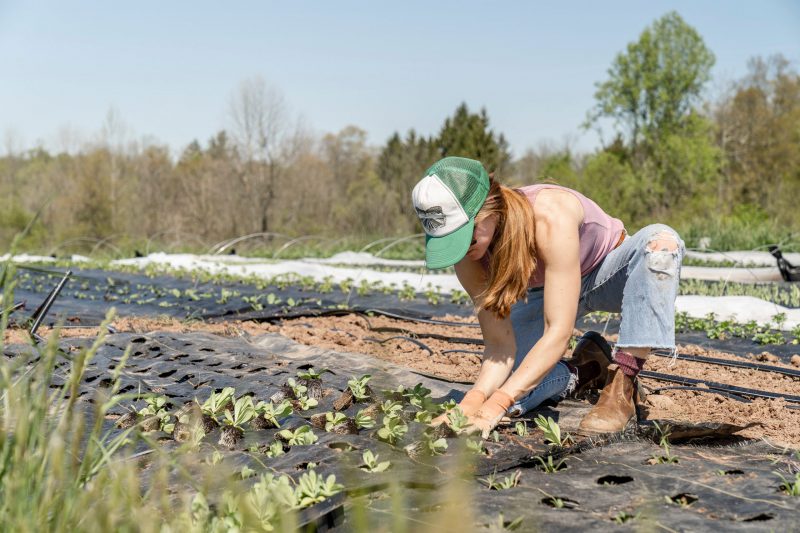 This document is available as a downloadable PDF here: 3. Reducing pesticide use

Pesticides have been widely used in agriculture and horticulture for over 75 years and some production systems have become heavily reliant on them. Overuse of pesticide has led to some serious problems:

Over the last 30 years or so, pesticides containing almost 375 active ingredients (pesticidal compounds) have either been banned or severely restricted because of environmental or human health risks. Those recently withdrawn, restricted or currently being phased out include:

The ‘Pesticide Red List’ provides further details of herbicides and pesticides which are currently banned, or will be prohibited in the near future.

For all these reasons, there has been a move towards reducing pesticide-use in agriculture and horticulture. Integrated Pest Management (IPM) views using pesticides as a last resort and aims to rely on a combination of non-chemical approaches to managing pests, diseases and weeds.

Organic, and agroecological systems more widely, rely almost entirely on these methods. The following sections set out the key components of IPM approaches.

Guide No 1 in this series ‘Growing for Quality’ provides more information.

From a pest, disease and weed management point of view, rotation creates a constantly changing environment in which no pest or weed species can adapt and become unmanageable. An example is given in the box below. There is no single rotation that is best for every situation, but ‘good’ rotations have several things in common:

• They are as long as possible. Populations of pests and weed seed banks decline over time, so the longer the time-interval between crops of the same type the better. Leaving 6 or 7 years between potato crops will reduce the populations of potato cyst nematodes more effectively than a 3-year gap. The same is broadly true of club root in brassicas, for example

• They are as diverse as possible. The more types/ families of crop involved in the rotation, the less likely it is any one pest/ disease/ weed species will be adapted to them all

• They include ‘weed smothering’ crops with broad leaves that grow quickly and shade out weeds once the leaf canopy closes. These include many brassicas, squash and potatoes. This reduces the burden for following weed-susceptible crops like onions, leeks and other alliums

Cultivations, both primary (e.g. ploughing) or secondary (e.g. harrowing) have an important part to play in managing soil pests and weeds. For example:

Operations that lift the topsoil such as bed forming, ridging and harvesting potatoes, can have some of the same effects.

Weeds are a problem because they compete with crops for nutrients, for space and for sunlight and they reduce crops yields. It is therefore very important to give crop plants the best possible start. This can be achieved by:

• Planting into a clean, weed-free seedbed. ‘Stale seed beds’ involve preparing the seed bed a few days or weeks before planting. This encourages the first flush of weeds to germinate which are then destroyed (e.g. by light harrowing) before the crop is planted or sown

• Raising plants from seed in modules or blocks in a propagating unit (or buying them from a specialist plant propagator) before planting them out. For some plants this is a better approach than direct drilling in the field because they are already growing vigorously with well-developed root systems and gaps in the stand are reduced. They therefore have an advantage over the weeds (especially if they go into a clean weed-free seed bed). However, raising transplants on the holding can require specialist equipment and significant investment of time and money.

The most common examples are:

A range of mechanical weeders are widely used including

• Handheld hoes (including wheeled hoes which are pushed along the rows)

• Ridgers which are used in ridge crops such as potatoes

• Thermal weeders, such as flame weeders or hot foam applicators are sometimes considered mechanical weeding because they directly damage the weed. These methods deliver an intense burst of heat (70oC) for a second or so to rupture the plant cells (it does not require burning or scorching). Flame weeding is becoming increasing common in crops such as carrots, It is usually carried out pre-emergence of the crop. Timing is crucial; it must be carried out just before emergence so that the maximum number of weeds are destroyed while germinating seeding are protected by the soil. Thermal weed can be used for interrow weeds post emergence but targeting must be accurate crops with shallow or sensitive roots not suitable for this approach. Various systems are used to deliver heat including flame weeders, infrared burners and hot foam systems

Monoculture is the cultivation of a single crop, particularly on large areas of land. The alternative is polyculture, where several crops are grown together at the same time. There are advantages – and some risks – to growing crops together in a ‘polyculture’. These include:

However, getting the right combination of crops is vital as some combinations can exacerbate problems. For example, an aphid struggling to find a host will visit more plants and therefore could spread viruses further faster Poly cropping is much more common in small-scale tropical horticulture, but there are a number of examples in the UK, and it is an area of increasing interest.

Biological control is the use of ‘natural enemies’ to keep populations of pest, disease and weed species at levels below which they cause economic damage. Biological control systems have been developed primarily for insect pests but there are other examples that target weeds and diseases. Natural enemies include predators, parasites/ parasitoids and pathogens (fungi, bacteria and viruses) that attack insects.

There are 2 approaches to biological control that are relevant to growers:

Some of the most common include: As the biological control industry has developed, systems are constantly being refined and are becoming increasingly effective and pest specific. However, there are a number of challenges which smaller grower in particular face:

• Biopesticides are not always available in quantities for small growers, and this is exacerbated by their limited shelf life compared to chemical pesticides

• The cost can be higher compared to chemical pesticides

• The efficacy is more variable because of the complexity of pest – predator/ parasitoid/ pathogen interactions.

A key approach to managing problems is to prevent them being introduced in the first place:

Where pesticides are used, they should be applied as sparingly as possible, taking into consideration their impact on natural enemies and the wider environment. Key principles are:

Only apply pesticides when they are economically justified

·        Monitor your crops closely (daily if possible but at least weekly), noting the prevalence of not only pests and diseases, but also natural enemies

·        Predictive tools can help assess the risk of problems developing and therefore whether application is necessary. The most well developed is ‘Blight watch’ developed by AHDB Potatoes which uses meteorological data to warn growers of when conditions favourable to blight (so called ‘Hutton Periods) are forecast. Models are also available for Carrot and Cabbage root fly, but are less ‘user friendly’.

·        Use the most efficient application systems. There are many factors you need to consider to maximise the efficiency and efficacy of pesticide applications including the formulation of the pesticide, the type of sprayer/ applicator, the nozzles used, and the pressure at which the sprayer operates. For example Dropleg sprayers, which consist of plastic drag hoses with spray nozzles fixed on their tip, spray upwards which covers the underside of leaves better, (where the pests tend to be) and reduces spray drift. Detailed information in general and specific guidance for top fruit growers is available here

·        Some pesticides are intrinsically less harmful to natural enemies than others. For example, Abamectin based products are less harmful to the predatory mite Ambleisius cucumeris (used for spider mite and thrips control) than cypermethrin

·        Pesticides can be applied at a time, or in a place or way that reduces exposure to beneficial organism, as illustrated in the case study below

Springfields Fresh produce has historically grown a wide range of fruit, vegetables and ornamentals but in recent years has focused on cherries, blueberries, strawberries and aspargus. Nick has been developing an IPM programme for many years, particularly in strawberries. His approach includes:

·        Buying in clean fruit stocks. “We always by certified stock and check in very carefully for pests and diseases when it arrives on the holding”

·        Quarantining new stock, as far as is practically possible for at least one and preferably two weeks

·        Using synthetic pesticides (insecticides and fungicides) selectively. These are non-persistent products applied at the beginning of the season, before natural enemy populations have built up. This gets the crop off to a ‘clean start’.

·        Using ‘plant elicitors’ such as phosphite and phosphonic acid to strengthen and prime plant defence systems,

·        Using biological control products on a regular basis (every 2 – 3 weeks) thereafter. These include:

o   Biopesticides based on the entomopathogenic fungi Beauvaria bessiana and Metarhizium anosophilae against thrips, aphids, whitefly and other insect pests

Constant monitoring for pests and diseases underpins all of Nick’s management decisions, He uses a range of methods, including:

Taking advice is central to the success of the programme. Nick uses the Fruit Advisory Service regularly and closely monitors advice and research findings published by organisations such as AHDB Horticulture.

Many pesticides pose serious risks to health, so if you do use them you should:

Read the Health and Safety Executive guidelines in full.

Read the Health and Safety Executive guidelines in full