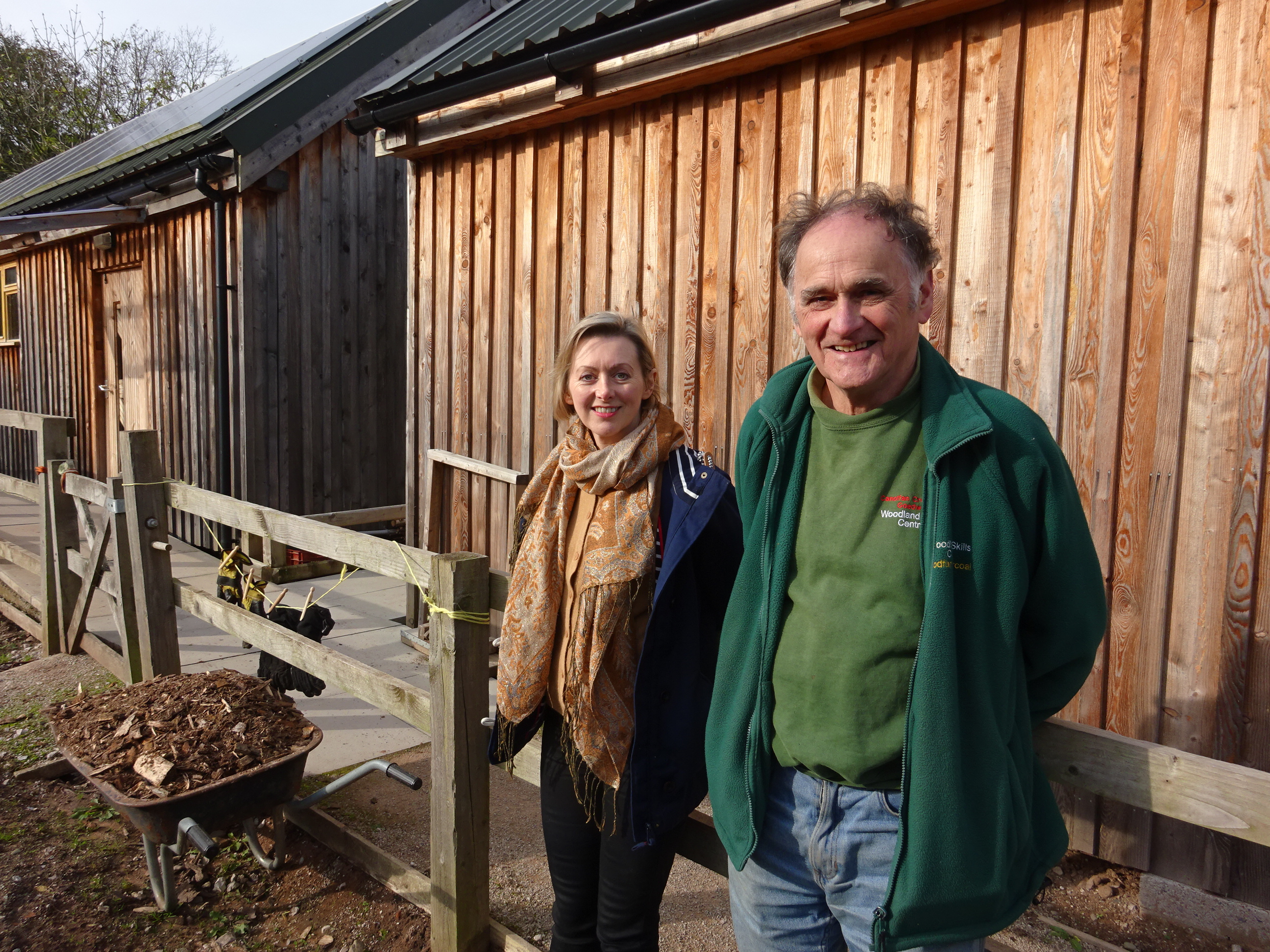 Last week Rod Waterfield from the Woodland Skill Centre chatted with us about the work they do, what they’ve done with Horticulture Wales and the future of Welsh Horticulture. We hope you’re inspired by his positive outlook on the future of growing and small-scale food production in Wales.

What is the Woodland Skills Centre

The Woodland Skills Centre is a 50 acre site. 70 years ago most of it was rough grazing colonised by nature. Rod’s team took over nearly 40 years ago with three management objectives: social, environmental and economic – always with equal weighting.

‘We want the woodland and the rest of the land to be enjoyed and used by as many people as we can within the limit of what it can withstand.’

Rod has really clear views on the potential woodland has to communities, the economy and how they should be managed:

‘We think it odd that people expect large sums of public subsidy for managing a woodland. Woodland should be an economic resource… If you can’t make your woodland pay give it to someone who can!’

Rod and his team started running courses in traditional crafts around 25 years ago. The land is still privately owned by his family, but the centre is owned by a community owned not-for-profit social enterprise.

Horticulture and The Woodland Skills Centre

So what’s the Woodland Skills Centre’s link to horticulture?

‘We want to see if we can create an income from poor grade land. This is why we do things like the vineyard, orchard and traditional medicinal herb garden. We are also going to have a small lavender farm here in another year or two. This is all small-scale horticultural operations which can provide employment, opportunities and income.’

The centre works with partners, children, unemployed people, people with drug/alcohol problems… that’s why they have the community owned business structure. And this is why they experiment with small-scale horticultural production. They’re also involved with social prescribing. Part of the therapy is being outdoors, but the other part is doing something productive. The horticultural and woodland management element are crucial to this. The Woodland Skills Centre is also a regional hub for the National Botanic Garden of Wales which has just received funding for ‘Growing the Future II’. They were an original hub for ‘Growing the Future I’ which was more garden based. The new funding is more broadly environmental. They’ve been asked to run courses in composting, designing and building raising beds, pruning/grafting, managing hazel coppice and making products from it.

Which of our services have they used?

Our relationship with the Woodland Skills Centre is very much two-way. Rod Spoke at our Wales National Heritage Orchard Cluster launch event and ran a workshop at our collaborate event with Cywain at Hawarden.

Working with others and sharing knowledge and even equipment is something the Woodland Skills Centre is very good at:

‘We’ve been talking to Conwy Vineyard as it’s not worth us having the equipment here yet. We’ll harvest and they can process. We also have a bigger apple press now. It’s available to individuals and community groups. We’re trying to do something about the tragedy of garden, after garden seeing apples on the ground, but people probably going to their local supermarket to buy them!’

What would they like us to do in future? ‘We would welcome assistance with the vineyard and maybe setting up mushroom production here –and longer-term with the lavender.’

We believe Rod and his team have the skills and knowledge to nurture Wales next passionate growers or producers. He builds a model for other to develop and use when diversifying. We know plenty of people who could benefit from their knowledge and space.

The Future of Horticulture in Wales

When we asked Rod what he thought about the future of Horticulture in Wales he said ‘It’s huge! We’re going to see a change in land use patterns. I think we’re going to move from extensive meat production systems. We’re going to increase the amount of vegetable in the diet at the expense of meat. There’s pressure from consumers and people want to be involved in small-scale local production.’

He also added ‘Moving away from livestock to small-scale locally-produced and locally-consumed horticulture has actually got potential to produce more revenue per acre than beef cattle. And much more employment. In livestock there might only be one worker, but you might need 10 or 15 working on small-scale stuff.’

Rod’s vision focused on bringing things back to local.

‘When you go to France every town has a timber yard and most of it will come from 20 miles. Go to most UK timber merchants here and they won’t have any British timber. We’re planting a lot of sweet chestnut up here. On our rubbish land we’re growing sweet chestnut and it’s a valuable crop. We need to plant trees with a use. Fence wire has a 30 year life, but the posts only last five – that’s where we can grow sweet chestnut which will last as long in the ground as oak.’

Rod’s view is that if we’re going to move away from large-scale agriculture we need to be more experimental – that’s what they provide in the form of advice, expertise and space.

To end our chat we spoke to Rod about the future potential of Horticulture in Wales and we left inspired by his response.

‘We’re at a really exciting period because we understand the problem and we know what some of the solutions are. It doesn’t mean we’re doing it yet. But we can’t just criticise people for using fossil fuels, chucking rubbish in the sea. It’s done. But we do now. And that’s really exciting. But we’ve got to re-evaluate what to do and what we’re prepared to pay for it. So anything that encourages different approaches to land use, food production and horticulture in particular is really important. But it needs support.’

Thank you very much Rod.

You can find out more about the Woodland Skills Centre here.