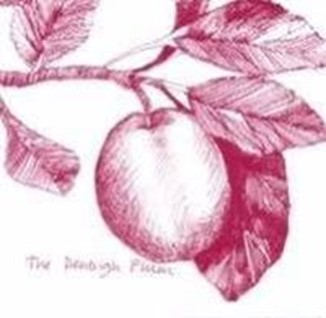 Horticulture Wales, in conjunction with ADAS, produced a grower pack, available for all growers and producers, to give guidelines on all aspects of compliance in respect of Protected Designation of Origin (PDO) status. This pack is available as a download and in full below.

The Vale of Clwyd Denbigh Plum

The nominated Inspection Body for carrying out the audits is:-

All growers of “The Vale of Clwyd Denbigh Plum” need to meet EUPFN logo and labelling requirements as specified below.

Use of the PDO logo is compulsory for products marketed as registered PDO. The logo must appear in the same field of vision as the registered name.  The terms ‘Protected Designation of Origin’, or the corresponding abbreviations ‘PDO’ may be used in addition to the logo.

Printable logos can be downloaded from the European Commission website link below:

Other requirements to consider when using the logo are:

w) the ward of Llansannan

Each fruit tree must be individually identified with respective wards/orchards

w) and the ward of Llansannan

‘The Vale of Clwyd Denbigh Plum’ has the following characteristics depending upon whether the plum is required for culinary purposes and harvested mid-August before they are ripe or required as a desert plum when the plum is allowed to remain and ripen on the tree and harvested in late August early September. Tree; Upright habit small to medium tree, no sign of any downward held or weeping branches as Victoria unless very heavy with crop. Suckers freely from the roots, even at some distance from the tree, up to 3-4m. Trees mostly propagated from these suckers and not by grafting although propagating from grafting is acceptable. Bark is a dark grey and quite smooth when not damaged.

Leaf: Dark green not large not down held but broadly upright. Looked to be healthy and possibly aphid resistant, as some other varieties seen on the day were badly infested.